A long-time private medical practitioner in Oklahoma City, OK, William D. Jones, MD, previously served as medical director of the Department of Occupational Medicine, Norman Regional Hospital, in Norman, OK. He and his colleagues are frontline workers in the fight against the COVID-19 pandemic. Dr. William D. Jones earned his MD at Brown University.

In an April 21, 2020, article on Boston.com, the dean of the Brown University School of Public Health, Dr. Ashish Jha, stated that the United States had nearly turned the corner on the COVID-19 pandemic. Dr. Jha noted that around 50 percent of the US population have some virus immunity, and that this number may be higher in the coming months. This factor will help in curbing surges, which most of the country has been experiencing.

Key factors in our ongoing efforts to mitigate the pandemic include sustained vaccination efforts and maintaining social distancing and other health protocols. While it is reasonable for vaccinated people to engage in essential travel, all non-essential travel, such as taking vacations, should be put off until a later date. This will help reduce infection rates in the coming months and eventually end the pandemic.

On September 1, Oklahoma governor Kevin Stitt convened a press conference where he encouraged all of the state’s residents to do their part in slowing the spread of the novel coronavirus by wearing masks. The governor made his announcement in the context of the recent reopening of the state’s schools, noting that mask-wearing is essential to ensuring they remain in session.

Stitt, who tested positive for COVID-19 in July, reiterated that he will refrain from issuing a statewide mask order, instead putting the onus on local officials, many of whom have mandated mask-wearing in their municipalities. According to Oklahoma medical experts, these local mandates have been effective, with cities with mask orders seeing lower transmission rates than those without.

Oklahoma’s interim commissioner of health, Colonel Lance Frye, notes that more than 35 of the state’s counties currently meet the criteria for recommended mask wearing. As for the governor, in addition to urging the wearing of masks, he reminded Oklahomans to continue to protect themselves and their neighbors by washing their hands and practicing social distancing.

A specialist in occupational and preventive medicine, William D. Jones, MD has since 1996, managed his private practice in Oklahoma City, OK. During his medical career, he served as the medical director, Department of Occupational Medicine at Norman Regional Hospital in Norman, OK. William D. Jones, MD loves hiking and intends on hiking the Camino de Santiago again when Covid-19 restrictions are lifted in France and Spain.

The Camino de Santiago in Spain is a well-known ancient hiking trail that attracts pilgrims from all over the world. Camino de Santiago in English is known as the Way of St. James. All Camino pilgrimage routes end up at Santiago de Compostela in northwestern Spain where it is believed the remains of St. James were discovered in the ninth century. In the 10th, 11th, 12th centuries, the pilgrimage was widely visited before becoming popular again in the recent years. The Camino Francés (the French Way) is the most popular trail because of its diverse scenery and good infrastructure. The route begins from St. Jean Pied-du-Port in France and passes through Burgos, Pamplona, Leon and numerous smaller towns and villages. The entire route is about 500 miles long.

While some people visit Camino de Santiago for spiritual purposes, others do it recreationally. Receiving more than 100,000 visitors annually, the adventure attracts people who like walking and cycling. The trail has numerous Spanish historic sites and monuments that enable visitors to interact with a wide variety of cultures, allowing walkers to meet and interact with other people from around the world.

In response to the coronavirus pandemic, the City Council of Oklahoma approved an emergency public safety ordinance which compels everyone to wear face coverings in all indoor public places across the city. The ordinance that took effect immediately was backed by public health officials who said face coverings were key in slowing down the spread of COVID-19. According to the new regulations, everyone above 11 years is required to put on a face covering which includes either a mask or face shield. Children above the age of 3 years are encouraged to have a face covering although it is not mandatory.

Some of the exceptions of face coverings according to the ordinance include children aged below 10 years unless the mandate is enforced by a school or daycare facility and patrons who are eating or drinking in restaurants or bars. Other exceptions include individuals with developmental disabilities, patients receiving dental services, employees working in an office who don’t have face-to-face interactions with the public, and those attending religious services where social distancing is required.

The face covering requirement is expected to lapse on September 8, 2020 unless extended. A few weeks after the face covering mandate, Oklahoma City Mayor David Holt indicated COVID-19 numbers had dropped compared to the period before the mandate was issued. According to his statement, public health data showed daily coronavirus diagnoses had gone down.

In recent months, COVID-19 has been a priority in the state for all healthcare providers and the public at large, with legislation being enacted to protect everyone’s health and financial security through the Families First Coronavirus Act (FFCRA). FFCRA requires certain employers with fewer than 500 employees to provide certain types of leave to employees for COVID-19-specific reasons.

The Act specifies what conditions that qualify under FFCRA and include:

*federal, state, or local order to quarantine because of the virus.
*when employees are advised by healthcare providers to self-isolate.
*if an employee is seeking a diagnosis and experiencing symptoms.
*if an employee is caring for an individual or a child with COVID-19.
*if an employee has to remain home to care for child as result of school closures.

As of Friday, June 12, 2020, the Oklahoma State Department of Health reported 222 new positive cases of COVID-19, bringing the state total to 7,848 cases. Of those cases, the state has reported 359 deaths statewide, while 6,391 residents have recovered from the virus. Two deaths were reported on June 12, one male from Muskogee County and one male from Comanche County. Both of the most recent deaths were individuals in the 65+ age category.

As of June 1, 2020, Oklahoma is in Phase 3 of the three-part reopening plan, which allows businesses to open and offer guidelines for the implementation of social distancing and sanitation procedures. Working with the Oklahoma Department of Commerce, the Oklahoma State Health Department offers recommendations tailored to each business, from dog groomers to recreational facilities and places of worship. 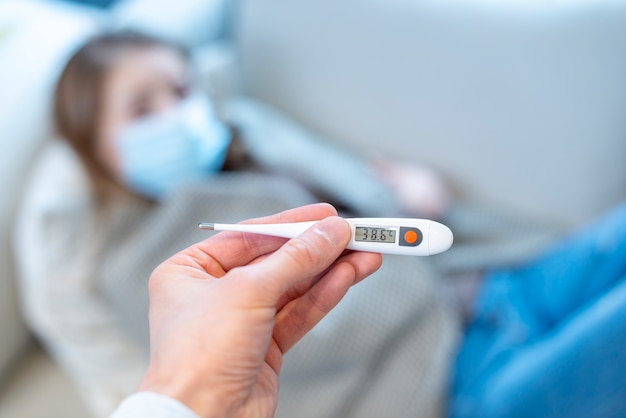 Committed to nationwide public health, the Centers for Disease Control (CDC) regularly updates its coronavirus recommendations for the public and businesses. The CDC publishes guidelines designed to guide businesses in preventing and slowing the spread of COVID-19 within the workplace. The CDC offers specific guidelines for companies that employ particularly vulnerable groups, including individuals over the age of 65 or those with underlying medical conditions.

CDC recommends that employers of vulnerable populations allow them to work remotely whenever possible, in addition to offering them job responsibilities with minimal contact with customers or fellow employees. For the latest CDC coronavirus recommendations, visit http://www.cdc.gov. 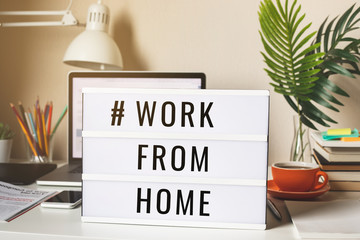 A recent article in Forbes brought attention to the way people’s work will be impacted in the long term. One is that corporate flexibility when it comes to remote working will become widespread. Many companies will either maintain a virtual workforce or offer a work from home (WFH) option to those who choose it. While WFH is not possible in every type of job, there are many positions that center on sitting at a desk using a computer.

At the same time, barring the quick development of a vaccine, those job sites that require physical presence are not likely to allow normal social interactions for a lengthy period after opening. Social distancing, temperature checks, and barriers between individual workspaces will be the norm, both as a way of protecting worker health and maintaining legal accountability.

The bottom line is that for a majority of working Americans, adaptations will need to be made to their normal way of working for months and potentially years.

Far more than an ordinary hike, the Camino de Santiago began in the Middle Ages as a path worn by pilgrims on their way to the holy city of Santiago de Compostela, the legendary resting place of martyred Christian saint James the Great. The Christians who have completed this trek look forward to a shorter time in purgatory during the afterlife.

Although some continue to walk the Camino de Santiago for this specific reason, far more are on the path for enjoyment and the rich experience it offers. Because Santiago de Compostela originally drew pilgrims from throughout Europe, it ultimately consists of multiple routes. Its principal paths were lost to historians until a couple of decades ago, when a wealth of information on the Camino de Santiago was published, thus sparking international interest.

The beginning point of the trail is located in traditional Basque country, which has a unique cultural character and language that is distinct from both French and Spanish. Highlights of the area include Albaola in Pasai San Pedro, which is the site of a historic shipbuilding center. The working museum currently features artisans crafting a 16th century era whaling ship, employing labor-intensive shipbuilding techniques of the era.

Basque country is also a particularly biodiverse area that harbors the wetlands of Urdaibai, which are set aside as a Biosphere Reserve and provide species, such as spoonbills, urasian bittern, and fish eagles, with a critical habitat on the Iberian Peninsula.

Those in search of the historical roots of the region can explore the Monastery of Zenarruza, which is a thousand year old national monument at the the base of Mount Oiz. This steep stretch of the Camino de Santiago is one of those made up of “original road,” or cobblestones that have settled unevenly over time and are challenging to traverse.